MY SIX WEEKS IN NIGERIA ​ 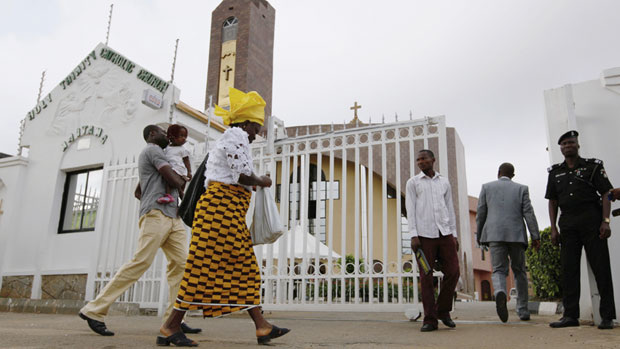 As far as you can see there is a rubbish tip. On top of that they built a church; it was built of cardboard, and written on it in big letters was the name of the church THE CHURCH OF THE HOLY GHOST  this was on the way to Ikeja. You have to walk through the rubbish dump to get to it. Near my sisters another church made of placards or cardboard, inside there were lots of chairs nicely laid out.
There is this man who at about 5.30 am with his loud speaker in one hand and bible on the other decides it is time to wake people up with the words of God. No one complains as the preacher blasts his message in to the early mornings.

ON THE BUS
​
Just the other day while traveling on the bus at one of the stops, I heard something that sounded like someone praying. I looked around to see where it was coming from and to my surprise a man was holding on to the conductor. As the bus gently starts moving away he was praying for the conductor and as the bus increased its speed a bit this man started jogging alongside the bus holding on to the conductor and his prayers were now frantic as he tries to conclude his prayers, prayers finished the conductor thanked him and handed over some cash and off they went their separate ways.